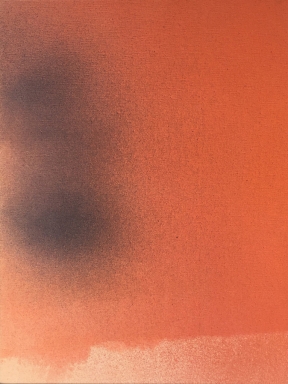 
A painter and sculptor who became a widely admired and controversial member of the second generation of American abstract artists, Mr. Olitski rose to prominence in the 1960’s as a leading exponent of Color Field painting, an outgrowth of Abstract Expressionism. With its emphasis on the visual properties of paint applied to a flat surface, Color Field shies away from illusions of depth and visible brushwork, instead prizing the subtlety and expressiveness of swaths of pure color.Treating the canvas as a broad, flat field, Mr. Olitski used stain methods in the manner of Morris Louis, Kenneth Noland and Helen Frankenthaler and later, unconventionally, a spray gun. He once said that ideally his pictures should look like ”nothing but some colors sprayed into the air and staying there.”Mr. Olitski was a prolific artist, holding more than 150 one-man exhibitions worldwide.

The formalist critics Clement Greenberg and Michael Fried championed his work, and in 1969 he became only the third living artist to have a one-man show at the Metropolitan in New York. His paintings are in many museums, including the Met, the Guggenheim, and the Modern in New York.Mr. Olitski’s brand of minimal, decorous abstraction was briefly in vogue until Pop and Minimalism overshadowed it in the 1960s. In the ’70s, he moved toward more textural painting and took up making painted metal sculpture. His steadfast adherence to abstraction did little to endear him to a succeeding generation in the art world, though his constancy commanded respect. Later he achieved a kind of fame as a long-neglected artist.

Today, opinion about his work is split. Some critics view it as an important late development in American Abstraction and a precursor of Minimalism, others as the empty gesturing of purely decorative, painterly abstraction.Mr. Olitski was born Jevel Demikovsky in Ukraine a few months after his father was executed by the Bolsheviks on political charges. The boy escaped with his mother and grandmother to the United States in 1923 and grew up in New York. In 1926 his mother married Hyman Olitsky, and he subsequently changed his surname. (The ”y” became an ”i” in 1951 when it was misspelled on a public announcement.) He made art from an early age, training at the National Academy of Design School and at the Beaux-Arts Institute of Design, both in New York, and later attending the Académie de la Grande Chaumière in Paris. In 1951, he held his first one-man show, at Galerie Huit in Paris.He returned to New York that year and continued his studies, receiving a master’s in art education from New York University in 1954. He went on to teach at C. W. Post College in Brookville, on Long Island, from 1956 to 1963, and then at Bennington College in Vermont until 1967.

His first solo show in the United States, in the back room at the Alexander Iolas Gallery in New York in 1958, won him attention in the art world. There Mr. Greenberg admired his work — thick, impasto abstracts in the manner of Jean Dubuffet and Jean Fautrier — and subsequently became his champion and friend. ”Olitski has turned out what I don’t hesitate to call masterpieces in every phase of his art,” Mr. Greenberg wrote admiringly in the introduction to the catalog for Mr. Olitski’s exhibition at the 33rd Venice Biennale in 1966, where Mr. Olitski appeared together with Roy Lichtenstein, Ellsworth Kelly and Helen Frankenthaler. As late as 1990, Mr. Greenberg described Mr. Olitski as ”the best painter alive.”

After representing the United States at the Venice Biennale, Mr. Olitski had a major exhibition at the Corcoran Gallery in Washington and, in 1973, a retrospective at the Museum of Fine Arts, Boston, that traveled to three other museums, including the Whitney in New York. But by this time tastes had shifted, bewitched by Pop art, and the show received less-than-favorable reviews. ”The only paintings that Olitski has produced that remain of interest are the more derivative color-field abstractions he was producing in 1962-64,” Hilton Kramer wrote in The New York Times.Mr. Olitski continued to work and exhibit widely in his later years, devoting himself to monotype (one-of-a-kind) prints and sensual, emotive landscape paintings inspired by sunrises and sunsets at his homes on Lake Winnipesaukee in New Hampshire and in the Florida Keys. The reviews were overwhelmingly positive.
gned, dated and titled verso